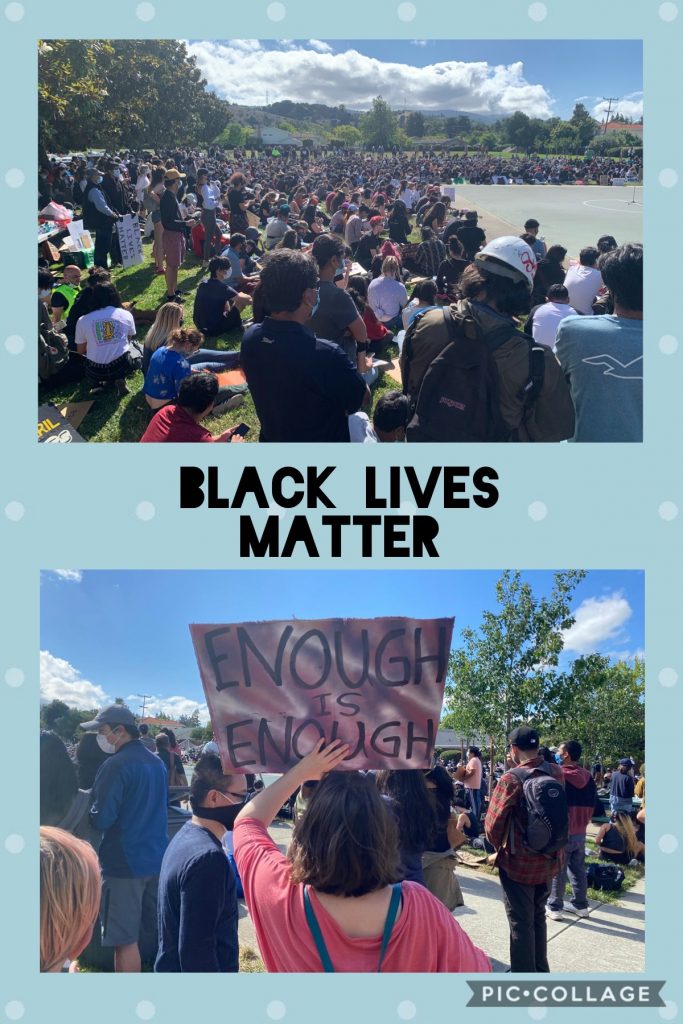 People have come out to protest all across the United States of America in the past week after the brutal death of George Floyd under police custody, compounded by the death of Ahmaud Arbery and Breonna Taylor in the recent past. Despite the protesters being arrested, tear-gassed, and attacked by police, people continued to march shoulder to shoulder in the middle of the deadly coronavirus pandemic. Many of us have been trying to find what these protests are about ? Why are so many people coming out all across the world to protest? And what are they protesting against?

So we embarked on a journey of data analysis and walked down the legislative history of this country to shed some light on why people are out protesting and if we should join them. Based on our analysis we conclude the following points.

So, people are protesting against overall police brutality, racial bias of police action and systematic discrimination of black community. George Floyd is just a symbol of the protest, whose death triggered the recent outburst, but he should not be iconized. We need to dig deeper into all of the issues mentioned above. While the data analysis has been summarized above, let’s take a deeper dive on the policy issues that caused systematic discrimination of the black communities.

The struggle for the black community did not stop with the end of slavery. Policies of this country in the 20th century segregated the black community and resulted in a cascading effect of poverty, lack of education, and the worst impact, mass incarceration.

The Federal Housing Administration (FHA), which was established in 1934, furthered the efforts to segregate the black community by refusing to insure mortgages in and near African-American neighborhoods, a policy known as “redlining.” At the same time, the FHA subsidized the builders who were mass-producing entire subdivisions for whites, with the requirement that none of the homes be sold to black people in the 1930s and 1940s.

After the Fair Housing Act was passed in 1968, black families were allowed to buy homes in the suburban communities that they could not do before. But it proved to be an empty promise because those homes were no longer affordable to the black families whereas they could have afforded those homes in suburban areas when whites were buying into those areas in the ’30s, the ’40s, the ’50s, or even the ’60s and gaining the equity and the wealth that followed from that.

Today, African-American incomes, on average, are about 60% of the average white incomes. But African-American wealth is about 5% of white wealth. Most middle-class families in this country gain their wealth from the equity they have in their homes. So this enormous wealth difference is almost entirely attributable to federal housing policy implemented through the 20th century.

Housing and education in America are intricately linked due to the fact that the students are assigned to their neighborhood schools. So when housing is segregated, so are the schools. Historically housing and school segregation progressed in lockstep in the history of this country. Funding for schools is often tied to property taxes; consequently, the funding available for quality of schooling is closely related to the value of the property within the residential area being served. Not surprisingly, racially segregated schools in areas of concentrated poverty have fewer resources, higher teacher turnover, and a lower quality of education. As a result, black children of this nation get the worst quality education in this country.

From 1980 onwards, there was a massive increase in imprisonment in the USA with the intent to protect citizens and to make the communities safer. As explained above, the residential segregation left the country economically segregated as well. Black communities living in poor neighborhoods were incarcerated disproportionately during the massive increase in imprisonment and they are still over-represented in the prisons. Some of the sentencing laws racially disadvantaged blacks and hispanics by causing increased incarceration of the people of color.  For example, initial federal sentences for crack cocaine offenses – conviction for selling crack cocaine, more heavily sold and used by people of color, resulted in a sentence 100 times more severe than for selling the same amount of powder cocaine, more heavily sold and used by whites.

Research shows that racial disparity on incarceration is higher  for less serious crimes like selling or possessing drugs, which is evident from federal sentence guidelines on drug offenses as stated above. Good evidence indicates that racial and ethnic groups use and sell drugs proportionally to their representation in the population; so about 13 percent of drug users and sellers are African Americans, about 17 percent are from the various hispanic groups, and approximately 65 percent are whites (whites tend to sell to whites; blacks to blacks). But, more than 50 percent of those imprisoned for drug sales or possession are people of color. In fact, one study by the group Human Rights Watch found that black men are sentenced on drug charges 13 times higher than white men.

This disproportionate incarceration of the black people impacted the black community in two main ways. First, the increased sentencing policy left a generational impact on the black families where children had to grow up with housing and economic insecurity while family members were incarcerated leaving nobody to care for them. Secondly, a very large number of felons were removed from poor black communities, and they returned to similar neighborhoods when their sentences ended. This population churning has been called “coercive mobility” by criminologists.This coercive mobility had the unintended consequence of actually increasing crime within the same poor black neighborhoods, putting them in a vicious circle of crime, imprisonment and poverty for lifetime and for next generations.

We come from a family of first-generation Indian immigrants. Although our community has not faced systematic racial discrimination in the USA, but many of us individually may have faced racial bias. Our community is respected in this country because of our hard work, level of education, and high tax dollars that we pay. We are the model minority community of this country. We can be the ally of our black friends to break the generational systematic injustices, to reduce poverty of black communities and we can grow together to make this country a better place for all the racial communities.

Governing the future of states and localities: https://www.governing.com/topics/politics/gov-black-lives-matter-protests.html

Harvard Research: An Empirical Analysis of Racial Di↵erences in Police Use of Force: Roland G. Fryer

“The Color of Law” by Richard Rothstein